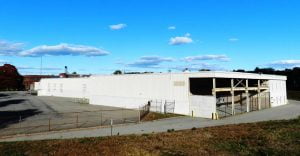 As reported in The Day newspaper:

Stonington — Officials on Tuesday lauded a newly opened facility, used to test and prototype maritime and undersea technologies, as a prime example of the region’s thriving manufacturing base.

Applied Physical Sciences, which was acquired by General Dynamics in 2012, runs the new prototyping assembly facility, which began operating at 100 Mechanic St. at the beginning of June.

“It’s a great American story how (the company) was started by two, three guys back in 2002, and now 130 people, part of a larger corporate family, but started here by the hard work of people who had a vision of what could be accomplished here in Connecticut,” Gov. Dannel P. Malloy said Tuesday at a ribbon-cutting ceremony for the facility.

About 160,000 people are involved in manufacturing in Connecticut, representing more than $14 billion in salaries and income, “one of the largest portions of our economy,” Malloy said.

The 21,000-square-foot facility currently houses 10 employees, but that number and the capabilities there are expected to grow in the future, Applied Physical Sciences President Charles “Chick” Corrado told officials.

The ceremony put “the spotlight” on the “undersea center of excellence that southeastern Connecticut demonstrates every single day to a high degree,” U.S. Rep. Joe Courtney, D-2nd District, said. “It shows that this incredible synergy and talent has gone off creating more customers outside of just the radius of the U.S. Navy.”

Applied Physical Sciences helps to develop stealth technologies for U.S. submarines, and 40 percent of its work is related to submarine technology, according to Corrado.

While the company does a lot of work for the Navy and other defense agencies, its clients also include universities and companies in other industries.

Much of that work cannot be discussed publicly because of the sensitive nature of the projects, but Corrado briefly touched on a few of them.

A major driver behind the development of the company’s new facility “is to provide the capability to complete the development of a new environmentally sensitive oil exploration technology,” he said, adding that the facility also will be used for the initial production of that system.

The testing of the first prototype was “highly successful,” Corrado said.

The project is sponsored by three major oil companies: ExxonMobil, Shell and Total.

Corrado also described work on a system that has been trademarked FUTUREWAVES, “the first system to employ radar-accurate measurements on a vessel to predict its future motions enabling, for example, safe cargo transfer between vessels,” he said.

After the ceremony, select attendees were able to view some of the work the company is doing.

About the Author: Chris Myers